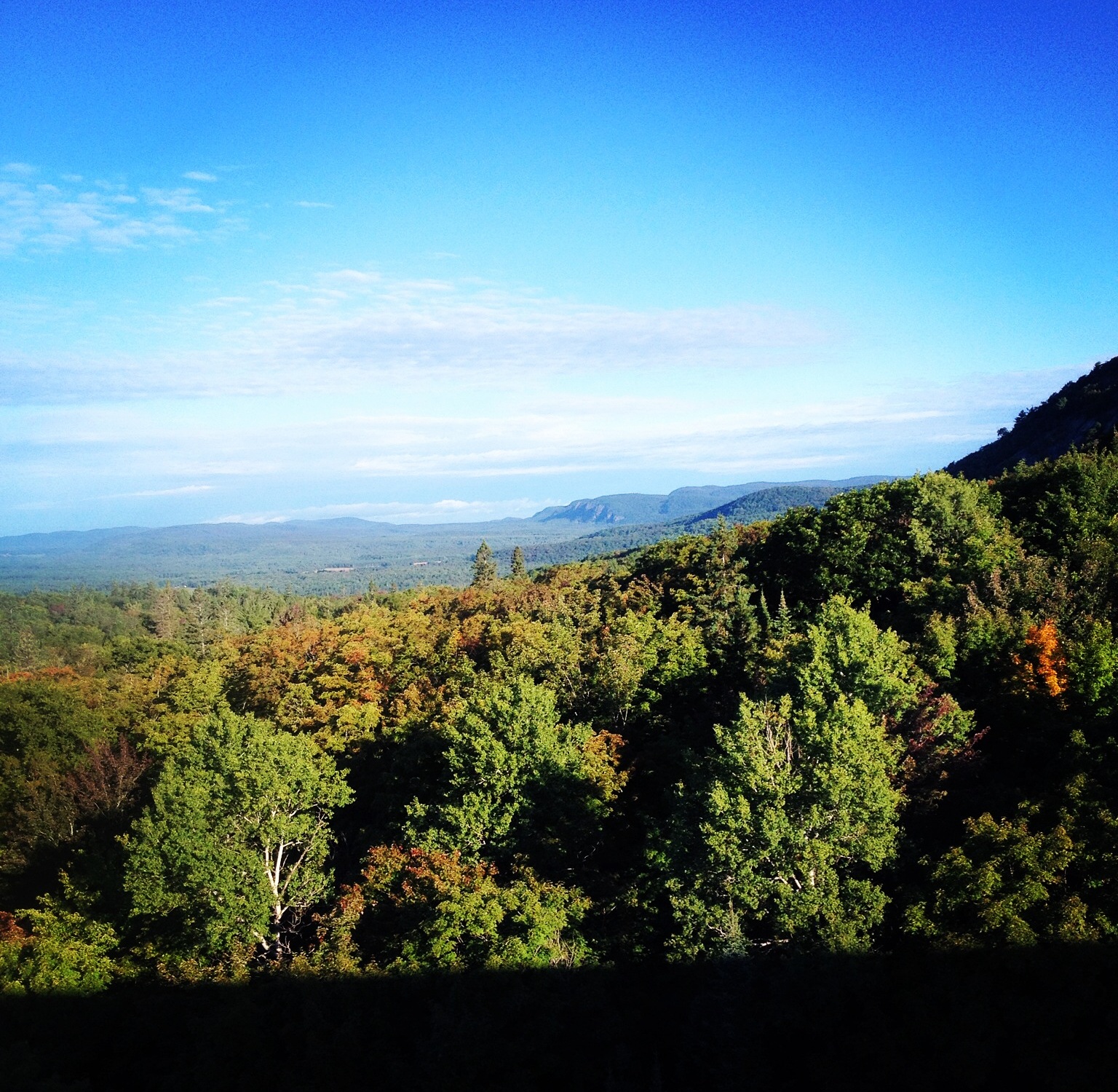 I was about to go into my senior year of high school, but in mid-August of 2014, my high school suffered a fire that nearly destroyed the gym. Due to the incident, instead of school commencing on the 1st of September, it was scheduled to start on the 15th. So I had about 2 weeks added to our summer. My parents and I decided to take a road trip to Sault Ste. Marie, Canada.

Sault Ste. Marie is actually split between the province of Ontario, Canada; and the state of Michigan, United States. The Soo Locks separate the two countries.

Due to the time of the year (early September), it wasn’t hard to find a reasonable hotel once we crossed the border. We stayed at the Holiday Inn Express Sault Ste. Marie,  the staff was wonderfully accommodating and kind. The main reason we came to Sault Ste. Marie was to do the Agawa Canyon Train Tour, which was conveniently located across the street from our hotel.

The tour began early in the morning, we were expected to be there around 7:30 AM. This tour does last pretty much the whole day, and its mostly spent on the train itself. Personally, I don’t mind spending time on trains, since I rarely go on them. Plus, getting to Agawa Canyon is totally worth it. The scenery is gorgeous! We had about an hour and a half to do whatever. We had the option of climbing up the mountain to the lookout platforms (which is what I did), or hike to Agawa Falls.

I wish we had enough to do both activities, but unfortunately, we didn’t. We returned to town around 4 PM, and by then my parents and I we were starving (Even though they do serve lunch and snacks on the train tour). We ended up eating at Lychee Thai, which had the best Thai food I’ve had thus far. It was pretty quiet there, but I didn’t mind since the food was great.

We spent 2 days in Sault Ste. Marie, and our next destination was Mackinaw Island, Michigan. My family and I had a wonderful time in Canada.  The Agawa Canyon Train Tour is something I think everyone should do if you’re in Sault Ste. Marie. The scenery is gorgeous (as you can see by the pictures below). I’ll be sure to detail my excursion to Mackinaw Island, Michigan, as well as my other travels. Be sure to check out the links and happy travels!

COMMENT CHALLENGE: Let me know in the comments down below where you would go if you had 2 weeks to travel (Let’s assume money doesn’t matter).